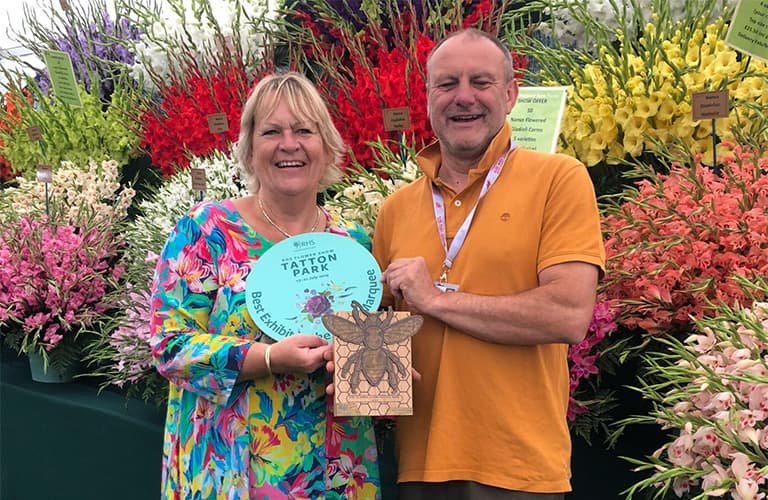 The last of the large RHS shows for the summer is held at Tatton Park in Cheshire. Again we exhibited dahlias and gladioli. The gladioli exhibit was awarded a gold medal and Best Exhibit in the Floral Marquee. The nanus gladioli stole the show with varieties including Impressive, Vulcano, Alba and the Charming family. We were awarded a Silver Gilt for the dahlia display. White Alvas, Megan Dean and Karma Choc were amongst the most sought after varieties.