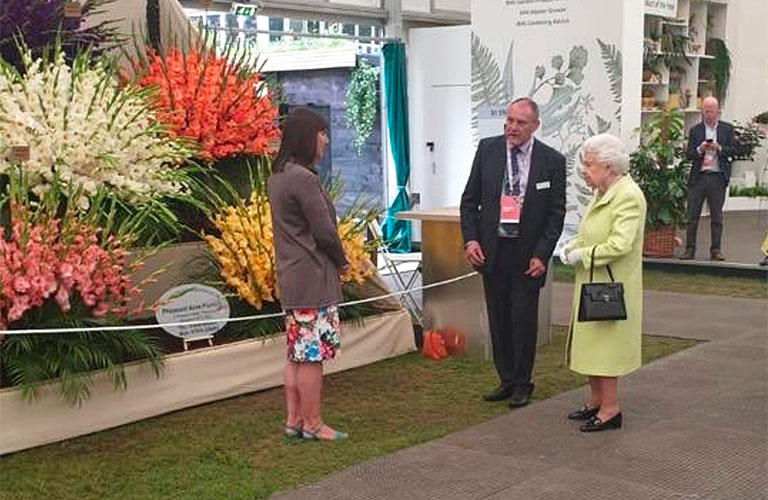 Chelsea is the first show at which we exhibit gladioli. This year was a good growing season, not cold and good day length and light levels. This helped to have strong spikes for the exhibit. It was an emotional show for me as my mum had passed away only a week before the show. We were also hoping to achieve a record not many nurseries had done by getting ten consecutive Chelsea gold medals. The team worked hard in the build up prior to judging on the Monday morning. Monday is also Gala day with celebrities and guest arriving for a preview of the displays. In the afternoon, during Private View, Helen and myself were privileged to meet the Queen when she came to see our exhibit. She asked about the growing and about other species gladioli which she had seen on visits to South Africa. This was a wonderful honour for us. 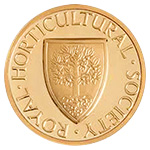 Tuesday morning is the day we receive our medal and we were delighted to be awarded our 10th gold medal. The show opened at 8 am and we were busy with customers buying corms and ordering for the following year. Top selling varieties were Mahler, Prince of Orange, Purple Flora and Careless. The show opens to the public 12 hours a day from 8am to 8pm. By the Thursday morning I had to change over some of the spikes due to the heat in the marquee which makes the flowers open quickly. These then last until the Saturday when the great sell of flowers and plants starts at 4pm.

This website uses cookies to improve your experience while you navigate through the website. Out of these, the cookies that are categorized as necessary are stored on your browser as they are essential for the working of basic functionalities of the website. We also use third-party cookies that help us analyze and understand how you use this website. These cookies will be stored in your browser only with your consent. You also have the option to opt-out of these cookies. But opting out of some of these cookies may affect your browsing experience.
Necessary Always Enabled

Performance cookies are used to understand and analyze the key performance indexes of the website which helps in delivering a better user experience for the visitors.

Analytical cookies are used to understand how visitors interact with the website. These cookies help provide information on metrics the number of visitors, bounce rate, traffic source, etc.

Advertisement cookies are used to provide visitors with relevant ads and marketing campaigns. These cookies track visitors across websites and collect information to provide customized ads.

Other uncategorized cookies are those that are being analyzed and have not been classified into a category as yet.